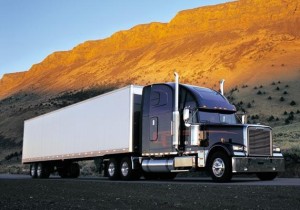 Across Australia, truck drivers and heavy vehicle operators are held accountable for road rule and safety breaches under the Heavy Vehicle National Law (HVNL) and its penalties framework.

Recent changes to the penalties framework of the HVNL will see more consistent penalties for offences of comparable nature, less time spent in courts, and a removal of ambiguity regarding certain offences, ensuring that all drivers are more aware of what presents a danger on our roads.

CEO of the National Transport Commission (NTC), Paul Retter, expressed how these changes will prove to be positive for all involved in the heavy vehicles industry: “Thanks to these proposed changes, police and authorised officers will be able to issue infringement notices for four additional offences that, in the past, had been deal with in courts.”

This move not only reduces the strain placed on courts, but also removes needless time-consuming bureaucratic processes. In addition, it streamlines penalties and won’t force as many drivers to take time off work and impact on productivity. But, most importantly, these changes will ensure that penalties are more consistent and fair, reflecting more the nature of the offence as opposed to some randomly applied penalty cost.

“We know that operators and drivers of most heavy vehicles are increasingly taking their own safety and the safety of other road users seriously because we have seen this reflected in steadily improving heavy vehicle fatality and injury statistics,” Retter said.

All of these changes are still yet to be passed through, but is hoped that the proposed changes will go into effect early next year. Often, finding the right balance between penalising offenders and rewarding responsible, law-abiding drivers can be tough, but these changes look to be on the right path. If you would like to see a complete list of the changes, click here.

What do you think of the proposed changes to the HVNL penalties framework? Let us know in the comments below.