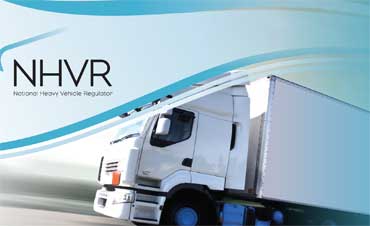 A new Heavy Vehicle National Law (HVNL) is set to go into full effect during this year.

However, the law is being implemented over the next few months so that National Heavy Vehicle Regulators (NHVR) can ease into the transition. This new law requires drivers of heavy vehicles accredited under the mass or maintenance module of the National Heavy Vehicle Accreditation Scheme (NHVAS) to now carry the following:

The documents in question must be signed by the vehicle operator.

As the changes will take some time to get used to, this is the primary reason why a six-month transitional period is being implemented. Now up until March 9, state and territory inspectors will initially issue warnings if drivers cannot produce the required documentation. From March 10 to August 9, inspectors will continue to issue these warnings only for first-time offenders.

From the March 10 point onwards, if a driver receives one or more warnings, they (or their responsible operator) may face enforcement action if there is any further non-compliance. To help make document creation easier, the NHVR has created an Induction approval letter template, which can be accessed online. Regulators are free to create their own form of these documents, provided they cover all necessary areas.

All regulators are being encouraged to create and fill out these documents/books ASAP so that drivers can start familiarising themselves with the new rules now. As of February 10, the HVNL commenced in Queensland, NSW, Victoria, South Australia, Tasmania and the ACT. According the NVHR, the new HVNL national rule book has replaced around six different sets of legislation in one go.

For the most part, this new law has allowed the NVHR to handle more tasks related to heavy vehicles. These will include:

Overall, the new law will help simplify much of the regulatory and bureaucratic side of things, but there’s no denying it will take a bit of time for all involved in the heavy vehicle industry to get used to.